All avid readers of Christian Romance know one thing: There are certain story arcs that we just love to read. Sometimes, you pick up a book and love it so much, you want to read more like it. So here, for your ever-growing TBR “to be read” pile, are a list of titles that include a marriage of convenience, both contemporary and historical. Take your pick and preference.

TO WIN HER FAVOR by Tamera Alexander

This is one of those books that was deep, romantic and historically fascinating, all rolled into one. That, and I love Alexander’s writing style.

BE STILL MY SOUL by Joanne Bischof

Set in the Appalachian mountains, this one is a sweet, soul-stirring story about a couple whose origins go back to a stolen kiss and a shotgun wedding. But the boys who steal kisses aren’t always the boys who are ready to begin a solid marriage.

I read this one shortly after it came out, and then I read The Lady and the Lionheart. All I can say is that Joanne Bischof never fails to tell an incredible story. This is the first of three about Lonnie and Gideon.

DOCTOR IN PETTICOATS by Mary Connealy

“What happens when an idealistic student nurse encounters an embittered army doctor in a stagecoach accident? How will she react when she learns her training didn’t prepare her for tragic reality? How will he, an army deserter, respond to needs when he vowed to never touch another patient? Can these two stubborn mules find common ground on which to work and bring healing to West Texas?”

Connealy never fails to write a heroine who rebels against Victorian norms. It’s her trademark. But it makes for entertaining stories. This one is no different.

A BRIDE MOST BEGRUDGING by Deeanne Gist

“When Lady Constance Morrow finds herself held against her will aboard a ship bound for the American colonies–a ship filled with “tobacco brides” and felons–she is quite sure that as soon as she arrives she will find a reasonable man who will believe her father is an earl and send her back on the next ship to England. Instead she meets Drew O’Connor, a determined Colonial farmer who is nearly as headstrong as she is. Drew wins Constance as his bride but soon realizes he has taken on much more than he bargained for”

I rarely read stories set in the colonial era, but they’re starting to become more popular, and with this one on the list, I can see why. 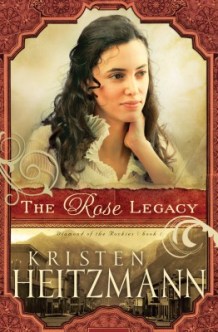 THE ROSE LEGACY by Kristen Heiztmann

“Driven by hope and vengeance, Carina Maria DiGratia leaves her idyllic home in Sonoma, California, for a new life in the mining town of Crystal, Colorado. Though the town has a rough element, Carina is determined that it is the place her dreams will come true. Early on, two men vie for her trust, but neither is what he seems. Will Carina discern the truth in time to prevent tragedy?”

If you prefer a stand alone novel – this isn’t the book for you. But if you enjoy lingering in the story world a bit longer? This is the first of what is most definitely my favorite historical romance series. Prepare to invest. You’re going to want the next two books close at hand after you finish this one. 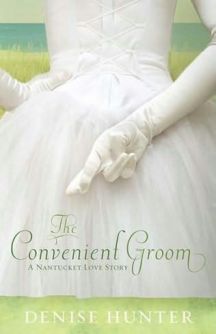 THE CONVENIENT GROOM by Denise Hunter

Similar premise, but makes for a very different story.

This one is so sweet though, coming from a marriage counselor’s POV, the book asks the question, even when a couple makes sense on paper, what does it really take to make a relationship work?

A MOST INCONVENIENT MARRIAGE by Regina Jennings

This one is an atypical marriage of convenience that takes “in name only” to the next level. So think of it as a typical boy meets girl, boy and girl don’t get along, sparks fly type of story. Except there is a marriage contract between them that neither one of them signed on for. Well, Abigail did, bit this Jeremiah looks nothing like the one she exchanged vows with on his deathbed. I really enjoyed this one. 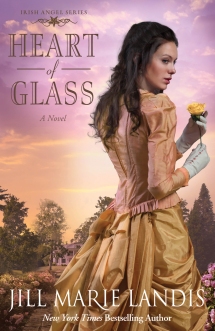 Katherine Keene grew up always wishing to be apart of the Delaney family next door, but when she returns home to help restore their southern plantation in the wake of the Civil War, she never expected to find her friend Amelie Delaney dying of consumption with two children to think of, or Colin Delaney a bitter, broken shadow of the young man she admired. Nor did she think Amelie would find a way to officially rope her into the family, but a deathbed promise is pretty hard to argue with.

Put simply. Heroine marries her childhood crush. Sounds like a one-sided romance with the hope of more in the making, doesn’t it? I loved this one. 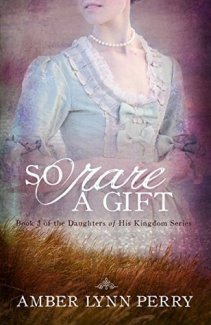 SO RARE A GIFT by Amber Lynn Perry

Another great colonial era setting. This one stands alone, but you might want to read the first two to get the full impact of why this marriage of convenience has such a rocky start.

Anna Rone comes to America looking to find out what became of her brother. But being alone and far from home is easier said than done, and a marriage of convenience to the man who took her under his wing could be the answer to several of her problems – except, unbeknownst to her, William Fredericks isn’t his real name, and now that he knows hers, he isn’t exactly inclined to give her the real one. 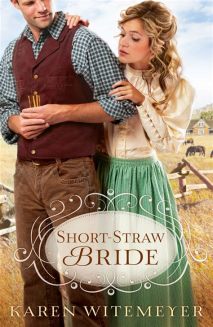 I’ve reread this one a few times and love the premise. Travis came to Meredith’s rescue when they were children, now she feels she owes him a debt (he already has her heart) but repaying that debt lands her in a shotgun wedding and a one-sided marriage.

This one’s got a bit of “I can show you the world,” to it because the Archer brothers have spent most of their young lives secluded on their ranch and it seems, now that Meredith is an Archer too, she wants to tear down their front gate. But, true to the nature of most good books, maybe it’s for their own good. 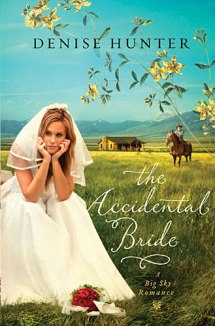 THE ACCIDENTAL BRIDE by Denise Hunter

This one was an odd arrangement, but it made for interesting sparks. Shay and Travis planned to elope once… but Travis ran out. But as easily as Travis disappeared, their wedding license didn’t. And somehow, when they get roped into a town tradition of reenacting a historic wedding years later, it’s that same license that they sign. And now it’s legal.

Shay is just barely willing to give it a try. No matter how much she dislikes Travis for what he did. She has a daughter from a previous marriage to think of, and a ranch she’s about to lose.

This one had major themes of responsibility vs. selfishness. Take Lucy Marsh – a Cinderella character of sorts – who accepts a proxy marriage to Nate Stanton, only Nate didn’t arrange it, his father did. And while, at first, it seems Lucy doesn’t bring anything of value to their tentative relationship, someone else clearly thinks she does. So it’s up to Nate to either take responsibility for his newfound family. But he might have to learn that value doesn’t always translate to dollar signs.

I’m also going to include some honorable mentions for Long-Lost spouse stories. They seem to fit in a sub-category of their own for this one. 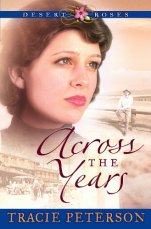 Awhile while not recent releases, I would also direct you towards several Lori Wick titles as well as an old favorite… Marcia Schuyler by Grace Livingston Hill.