The best part of this blog series is that I’m discovering new books too. So as Madeline Clark and I have been putting together this list for you all, I stumbled across Deeanne Gist’s It Happened At the Fair. And oh my word, it took me right back to a conversation about Oralism we had in my ASL class in college. If you’ve ever been curious about Deaf studies, this book did a great job touching on some complicated aspects of Deaf history.

A transporting historical novel about a promising young inventor, his struggle with loss, and the attractive teacher who changes his life, all set against the razzle-dazzle of the 1893 Chicago World’s Fair.

Gambling everything—including the family farm—Cullen McNamara travels to the 1893 Chicago World’s Fair with his most recent invention. But the noise in the fair’s Machinery Hall makes it impossible to communicate with potential buyers. In an act of desperation, he hires Della Wentworth, a teacher of the deaf, to tutor him in the art of lip-reading.

The young teacher is reluctant to participate, and Cullen has trouble keeping his mind on his lessons while intently watching her lips. Like the newly invented Ferris wheel, he is caught in a whirl between his girl back home, his dreams as an inventor, and his unexpected attraction to his new tutor. Can he keep his feet on the ground, or will he be carried away?

First of all, I’m going to give you all a little history lesson.

There had been many assumptions about the Deaf prior to a little experiment conducted by a man named Thomas Hopkins Gallaudet in 1814 (Della talks about conducting a similar experiment in It Happened At the Fair) the primary assertion being that perhaps along with their hearing, they also lacked intelligence since there was no standard way to communicate with or educate them. Gallaudet changed all this when he approached his young Deaf neighbor, Alice Cogswell, wrote H – A – T in the dirt, pointed to the hat he wore, and she replicated his letters. This inspired a trip to France to see how they educated their Deaf people. He brought home French Sign Language and combined it with a bit of the home signing some American Deaf used, creating what we know now as American Sign Language or ASL.

But once the word got out that the Deaf could be educated, some felt that the best thing for the Deaf was to learn to lip read and speak. Then they could function in society, blending in with hearing people… in theory. And so, Oralism became the predominant viewpoint, and sign language became rather taboo because it was seen as a crutch that prevented the Deaf from practicing and using their speech.

That’s the history behind the characters you’ll meet in It Happened At the Fair.

Della will introduce you to one of the more well known proponents of Oralism, Alexander Graham Bell (his wife was Deaf). And you’ll see the struggle many Deaf people faced trying to learn lip-reading – not all of them being able to do so (something Cullen wrestles with as he raises questions about signing).

Aside from this history – this was such an intriguing story. Good tension. Interesting plot and lovely description as Gist brings the 1893 Chicago World Fair to life. My favorite part were the pictures before each chapter. I found myself thinking, “based on the description in the book, that’s exactly how I pictured it would be!”

Cullen was such a fascinating character. Hard-of-hearing and allergic to the cotton that is his family’s livelihood. Poor man. But I think you’ll root for him as he begins to grab hold of his dreams and pursue his sprinkler system – if only he can figure out how to understand his potential customers with all the noisy machinery at work around him!

I hope you’ll be just as swept away by this story as I was.

For more books featuring Deaf characters, I would suggest: 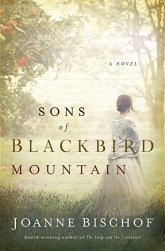 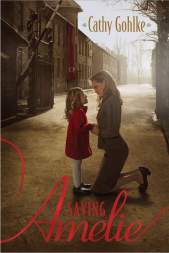