To think that the Great Depression all started with the pursuit of the American Dream might surprise you, but that’s essentially what happened, and it’s not all that different from what happened with Great Recession of the 2000s. During the 1920s, the good life seemed just within reach. A new game of sorts began – watching the ticker tape. Play the stock market right, use credit to purchase new appliances, technology and machinery, and you could have it all. Until you couldn’t.

On October 29, 1929, later known as Black Tuesday, the stock market crashed. People panicked and rushed to the bank to pull their savings, except, with the onslaught of withdrawals, the banks shut down because, well – the banks were making investments too, and there wasn’t enough of a reserve kept on hand.

Around the time of FDR’s inauguration in 1933, farmlands in the great plains were suddenly blown away in what came to be known as the “Dust Bowl.” Aggressive farming techniques had left the soil completely sapped. Many packed up and went to California in search of a better life, only to end up living in shanty towns or, “Hoovervilles,” essentially homeless.

These events kicked off a series of political moves that shaped the 1930s as well as the American mentality. With little purchasing power, Americans began to cut their spending (I’m sure you’ve heard the phrase, “Use it up, wear it out, make it do, or do without”) which put many businesses out and led to mass unemployment. To prevent this, the government put high tariffs on foreign imports to support American business. FDR’s New Deal created the Public Works Administration to provide employment for the American people; they are largely responsible for many of the bridges, dams and roadways we see today. Policies and incentives were put in place to help repair the farmlands. This was also the advent of Social Security and the Federal Reserve (meant to help with the banking issue). However, most of these policies were ineffective at pulling America out of it’s economic slump.

With the onset of WWII and a return to wartime production, the economy finally rebounded and the Great Depression drew to an end.

One of my favorite novels from the period is Tracie Peterson’s Across the Years. It takes place at the onset of the Great Depression and includes some great details in from the preceding events – the Great War, the Spanish Flu, and life in the 1920s, centering on the Harvey Girls. I’m sure you recall Route 66? Well Americans had a bit of a fascination with car travel in the 20s. Anyways, this novel includes the events of Black Tuesday and Peterson portrays it just beautifully.

Listed below are other novels for your perusing. I hope you enjoy this stop on our historical tour. Next, we’ll be headed into WWII – which according to the Treaty of Versailles, should never have happened, since WWI was, “the war to end of wars.” Funny thing that. 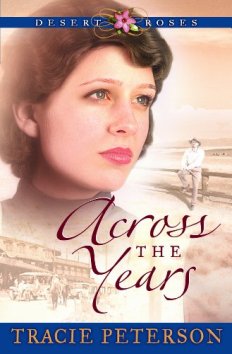 1929 Across the Years – Tracie Peterson

The last ten years have been difficult for Ashley Reynolds–first her parents disowned her because of her choice of spouse, war tragically took his life, then she discovered she would bear his child. Living with her grandfather and raising her daughter, Ashley Reynolds has finally found an element of peace while working as a Harvey Girl in Winslow, Arizona. When a crew of architects come to build a massive resort hotel, bringing a mysterious man into her life, her world unexpectedly changes.

Like wayfarers before them in a foreign land, they learn to sing… Lewis Winslow has money, a large fancy house, and a bright future in business, but he’s lost his beloved wife and now fears he is losing his children as well. Josh seeks one thrill after another, while Jenny finds her excitement at society parties. Kat, an all-out tomboy, is living in her own world, and Hannah has become a recluse. Their father isn’t sure what to do about any of them. When the stock market crash robs the Winslows of the material comforts they have enjoyed, will they unite as a family? Living in poverty is like living in a foreign land for this Winslow family. The strength of their faith will determine whether they thrive—or merely survive—in the face of unfamiliar and fearsome hardship. 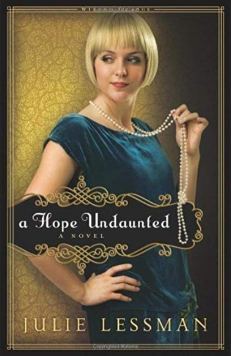 The 1920s are drawing to a close, and feisty Katie O’Connor is the epitome of the new woman–smart and sassy with goals for her future that include the perfect husband and a challenging career in law. Her boyfriend Jack fits all of her criteria for a husband–good-looking, well-connected, wealthy, and head-over-heels in love with her. But when she is forced to spend the summer of 1929 with Cluny McGee, the bane of her childhood existence, Katie comes face to face with a choice. Will she follow her well-laid plans to marry Jack? Or will she fall for the man she swore to despise forever?

The Singleton family’s fortunes seem unaffected by the Great Depression, and Perri–along with the other girls at Atlanta’s elite Washington Seminary–lives a carefree life of tea dances with college boys, matinees at the cinema, and debut parties. But when tragedies strike, Perri is confronted with a world far different from the one she has always known.

At the insistence of her parents, Mary “Dobbs” Dillard, the daughter of an itinerant preacher, is sent from inner-city Chicago to live with her aunt and attend Washington Seminary, bringing confrontation and radical ideas. Her arrival intersects at the point of Perri’s ultimate crisis, and the tragedy forges an unlikely friendship.

The Sweetest Thing tells the story of two remarkable young women–opposites in every way–fighting for the same goal: surviving tumultuous change. 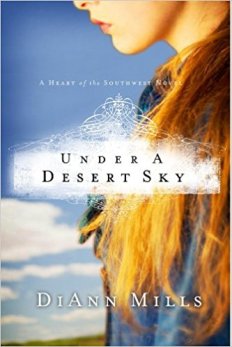 When Eva Fortier’s grandfather is murdered, her attorney urges her to leave New York and take refuge in the high desert area of New Mexico. Leaving her life of wealth behind, Eva attempts to make sense of the tragedies in her life.

Navajo David Benally has his hands full taking care of his people’s medical needs. But when his father asks him to help fulfill a vow made to Eva’s father, he has no choice but to oblige. He views Eva as a spoiled rich girl…until he sees her strength in the midst of life-threatening danger.

Alice Grace Ripley lives in a dream world, her nose stuck in a book. But happily-ever-after life she’s planned on suddenly falls apart when her boyfriend, Gordon, breaks up with her, accusing her of living in a world of fiction instead of the real world. Then to top it off, Alice loses her beloved job at the library because of cutbacks due to the Great Depression.

Fleeing small-town gossip, Alice heads to the mountains of eastern Kentucky to deliver five boxes of donated books to the library in the tiny coal-mining village of Acorn. Dropped off by her relatives, Alice volunteers to stay for two weeks to help the librarian, Leslie McDougal.

But the librarian turns out to be far different than she anticipated–not to mention the four lady librarians who travel to the remote homes to deliver the much-desired books. While Alice is trapped in Acorn against her will, she soon finds that real-life adventure and mystery–and especially romance–are far better than her humble dreams could have imagined. 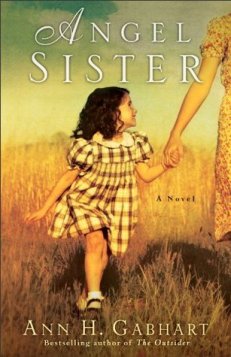 Kate Merritt, the middle child of Victor and Nadine, works hard to keep her family together. Her father slowly slips into alcoholism and his business suffers during the Great Depression. As her mother tries to come to grips with their situation and her sisters seem to remain blissfully oblivious to it, it is Kate who must shoulder the emotional load. Who could imagine that a dirty, abandoned little girl named Lorena Birdsong would be just what the Merritts need?

Millie is just a girl. But she’s the only one strong enough to break the family cycle.

In Depression-era Mississippi, Millie Reynolds longs to escape the madness that marks her world. With an abusive father and a “nothing mama,” she struggles to find a place where she really belongs. For answers, Millie turns to the Gypsies who caravan through town each spring. The travelers lead Millie to a key that unlocks generations of shocking family secrets. When tragedy strikes, the mysterious contents of the box give Millie the tools she needs to break her family’s longstanding cycle of madness and abuse. Through it all, Millie experiences the thrill of first love while fighting to trust the God she believes has abandoned her. With the power of forgiveness, can Millie finally make her way into the free?