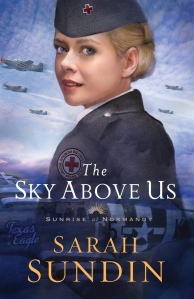 Eek! Another Sarah Sundin book! And I’m loving where she’s going with this series! After a nice long car trip, I finally reached the end of the second installment and I can’t wait until the third book is out (which… patience, the second only just released!)

Facing the past may be the most fearsome battle of his life.

Numbed by grief and harboring shameful secrets, Lt. Adler Paxton ships to England with the US 357th Fighter Group in 1943. Determined to become an ace pilot, Adler battles the German Luftwaffe in treacherous dogfights in the skies over France as the Allies struggle for control of the air before the D-day invasion.

Violet Lindstrom wants to be a missionary, but for now she serves in the American Red Cross, arranging entertainment for the men of the 357th and setting up programs for local children. Drawn to the mysterious Adler, she enlists his help with her work and urges him to reconnect with his family after a long estrangement.

Despite himself, Adler finds his defenses crumbling when it comes to Violet. But D-day draws near . . . and secrets can’t stay buried forever.

These characters were just fantastic. Adler has much to prove and a lot to make up for after everything that has happened to him and been done by him. “Forget and Focus” seems to be his mantra as he strives to make ace and pave the way towards establishing his own shipping company. And Violet… sweet Violet. If you grew up the “good church kid,” I think you’ll relate to her quite a bit. With all her ideals of compassion and love for others, it proves difficult to actually live them in reality, and not just in her head. Especially when her growing admiration for Adler asks a whole lot more than simple sympathy from her.

As with every book I’ve read of Sundin’s, The Sky Above Us is chalk full of rich history on the Red Cross and the Air Force, leading up to D-Day (there was even a brief nod to the MPs, which got me all excited because my great-Grandpa was an MP). I think you’ll be on the edge of your seat, hoping and dreaming alongside these characters.

All in all, this is a fascinating story of forgiveness, humility, love, family, dreams and discovering our identity and purpose. I hope you enjoy it as much as I did. 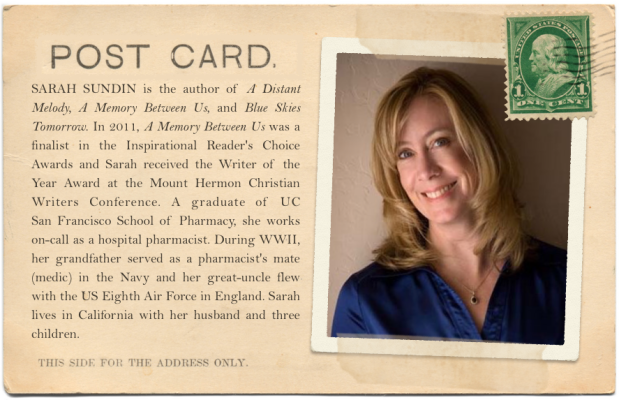 I received a free copy from the publisher through NetGalley in exchange for an honest review. All opinions expressed here are my own

One thought on “Book Review: The Sky Above Us”