With the end of the War Between the States and the Presidential Proclamation of Amnesty and Reconstruction, the United States began the journey towards recovery, likely one of the most uncomfortable adjustments in American History. The real tragedy of the period is that despite winning the war, the mindset towards the freedmen did not shift overnight. Many were unaware of their own prejudice and embittered by the state of their homes and property in the wake of the war.

The American people were split, in terms of their reactions to Emancipation and the war’s end. Some took a moderate stance, with the more pragmatic goal of simply finding a way to knit the country back together, ideals aside. Some, like the Klu Klux Klan, strongly opposed emancipation and what they believed was an over-extension of the central government. Many took matters into their own hands, some using the legal system to prevent Blacks from exercising their new rights, such as literacy tests at voting booths, giving rise to the “Jim Crow” South.  Others were against the, “separate but not equal,” stance and helped to create the Enforcement Acts to combat the KKK and the Freedmen’s Bureau with the intent of helping educate African Americans and provide them with employment, hoping that complete equality could be achieved.

But while some were able to retain employment in the South, many were impoverished or decided to travel northward and west in order to find a better living situation or reunite with family members lost in the years before or during the war. Simultaneously, “carpetbaggers” from the North moved south to support the Freedmen’s schools, and some to take advantage of the poor conditions in the south.

One of my favorites from the set during this era is Tamera Alexander’s “To Win Her Favor.” It’s both rich in southern culture and sentimental reflections on the Antebellum period, but captures some of the conflict of a shifting culture of the period. From prejudices against the Irish and freedmen, to conflict with pro-slavery neighbors, to the main character’s own feelings, that might not be as kindly as she believes.

Listed below are other novels for your perusing. I hope you enjoy this stop on our historical tour. Next, we’ll be headed into the second half of the Victorian Era, coined, “The Gilded Age” by Mark Twain.

1865 A Most Inconvenient Marriage – Regina Jennings

With few options of her own, nurse Abigail Stuart agrees to marry her patient, a gravely wounded soldier calling himself Jeremiah Calhoun. They arrange a quick ceremony before he dies, giving Abigail the rights to his Ozark farm and giving Jeremiah the peace of knowing someone will care for his ailing sister after he’s gone–a practical solution for both of them.

After the war, Abigail fulfills her side of the bargain–until the real Jeremiah Calhoun shows up, injured but definitely alive, and wastes no time in challenging Abigail’s story. Abigail is flummoxed. After months of claiming to be his widow, how can she explain that she’s never seen this Jeremiah Calhoun before? How can she convince him that she isn’t trying to steal his farm? And will she find a way to stay, even though this practical arrangement has turned into a most inconvenient marriage? 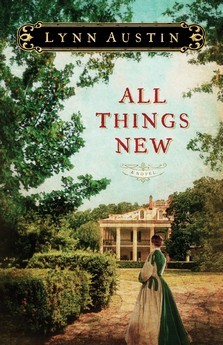 In the aftermath of the Civil War, Josephine Weatherly and her mother, Eugenia, struggle to pick up the pieces of their lives when they return to their Virginia plantation. But the bitter realities of life after the war cannot be denied: their home and land are but shells of their previous grandeur; death has claimed her father and brother; and her remaining brother, Daniel, has returned home bitter and broken. The privileged childhood Josephine enjoyed now seems like a long-ago dream. And the God who failed to answer any of her prayers during the war is lost to her as well.

Josephine soon realizes that life is now a matter of daily survival–and recognizes that Lizzie, as one of the few remaining servants, is the one she must rely on to teach her all she needs to know. Josephine’s mother, too, vows to rebuild White Oak…but a bitter hatred fuels her.

With skill and emotion, Lynn Austin brings to life the difficult years of the Reconstruction era by interweaving the stories of three women–daughter, mother, and freed slave–in a riveting tale. 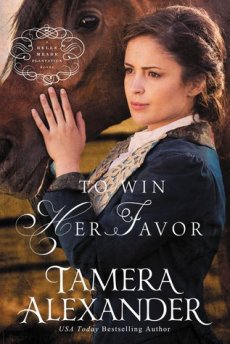 1869 To Win Her Favor – Tamera Alexander

A gifted rider in a world where ladies never race, Maggie Linden is determined that her horse will become a champion. But the one man who could help her has vowed to stay away from thoroughbred racing forever.

An Irishman far from home, Cullen McGrath left a once prosperous life in England because of a horse racing scandal that nearly ruined him. He’s come to Nashville for a fresh start, hoping to buy land and begin farming, all while determined to stay as far away from thoroughbred racing as possible. But starting over proves harder than he’d wagered, especially when Maggie Linden’s father makes him an offer he shouldn’t accept yet cannot possibly refuse.

Maggie is certain that her mare, Bourbon Belle, can take the top purse in the inaugural Peyton Stakes, the richest race ever run in America. Maggie only needs the chance to prove it. To give her that chance–and to save Linden Downs from being sold to the highest bidder–Maggie’s father, aging, yet wily as ever, makes a barter. His agreement includes one tiny, troublesome detail–Maggie must marry a man she’s never met. A man she never would have chosen for herself.

No one steps on Archer land. Not if they value their life. But when Meredith Hayes overhears a lethal plot to burn the Archer brothers off their ranch, a twelve-year-old debt compels her to take the risk.

Fourteen years of constant vigilance hardens a man. Yet when Travis Archer confronts a female trespasser with the same vivid blue eyes as the courageous young girl he once aided, he can’t bring himself to send her away. And when an act of sacrifice leaves her injured and her reputation in shreds, gratitude and guilt send him riding to her rescue once again.

Four brothers. Four straws. One bride. Despite the fact that Travis is no longer the gallant youth Meredith once dreamed about, she determines to stand by his side against the enemy that threatens them both. But will love ever be hers? Or will Travis always see her merely as a short-straw bride?

You wouldn’t know it by the description, but this title has some great bits about freedmen schools.

Kate Keene’s childhood memories compel her to take her newly-acquired architectural skills to a dilapidated Louisiana mansion. But when she returns to the Reconstruction-era South, she’s shocked to discover the man she’s dreamed of for so long has become a bitter, angry recluse. Colin Delany, the handsome older brother of her best friend, has lost all he once held dear, with no hope of ever restoring the Belle Fleuve mansion and plantation. Filled with spunk and determination, Kate feels it’s her duty to help, so when Colin demands she roll up her drawings and get out, she refuses. And when Colin forces Kate to promise his dying sister they will care for his niece and nephew, she complies. Having been orphaned herself, Kate realizes she must put the children’s welfare above her own, even if it means a marriage of convenience. But will Colin’s hovering darkness ever lift? And can Kate’s persistent love and faith transform their uncertain future? 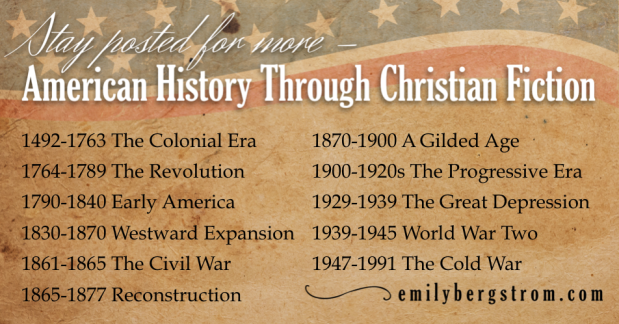